Uppercut Games is working on an Arabian Nights inspired game titled City of Brass. The game, created by members from 2K Australia/ Irrational Games (who brought you Bioshock and Bioshock 2) follows a thief as he battles his way to the heart of the city for the fabled treasure. 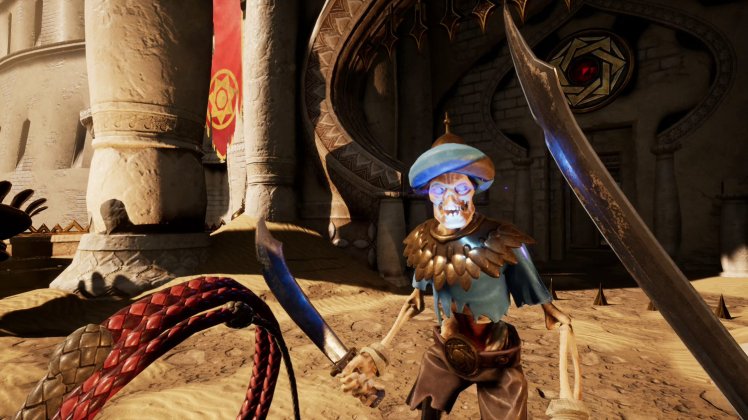 It won’t be easy though, as you must avoid traps and fight your way to the center of the city. Players are armed with their scimitar and a whip that can be used to swing to safety, grab treasure, or trip enemies. Uppercut wants you to get creative as you can use explosive vases, set traps, or blind your enemies with a quick throw of a brick. You will also encounter genies whom you can barter with for items or ask for one of three wishes “for a powerful benefit”.

One of the more interesting pillars of this game is that no two playthroughs are the same due to the dreaded Permadeath. When you die in one playthrough, the game changes “shape” so that your experience is different each time. It does sound like a good time, but this can be frustrating if you’re not paying attention to what you’re doing.

From what we’ve been shown so far, this looks like a solid, fun experience. The game won’t release on consoles until 2018, but if you have a PC or Steam account, it’ll be available this Fall. Head on over to the official website to check out more details about the game.