I can 100% say that I enjoyed Batman: The Telltale Series. It was also my first Telltale Series game, so I had zero expectations for it besides it being a story-ish game. After the end of season one, I was hoping that a season two would come because why not? Well Telltale saw my Bat Signal and answered the call folks.

Batman and the Riddler are facing off this time around, but you know it’s never that simple. Batman will again be trying to balance his dual egos as he brings justice to Gotham City. I never used it, but if you did, you’ll be glad to know the ‘Crowd Play’ feature is back, so that you and the online world can help you make the toughest choices in the game. 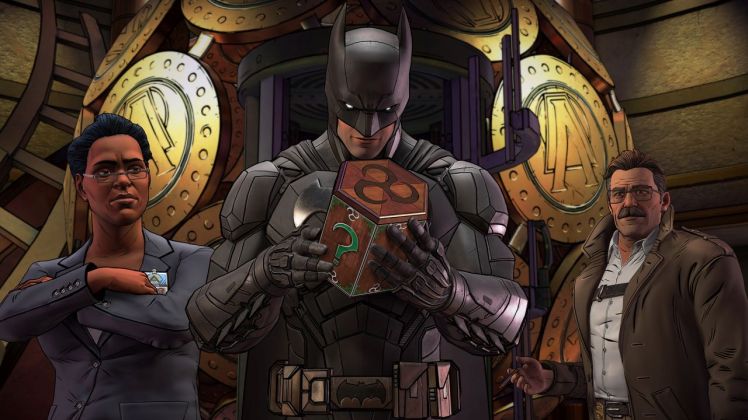 What shocks me is that Episode 1: “The Enigma” releases digitally August 8th, with the physical version releasing in October. I’m excited to return to the series, and if you haven’t played it, please do!