There’s been a lot of gaming news coming out lately, and it’s up to your friendly neighborhood WordPress writer to cover it. Let’s discuss.

Two posts ago, I talked about how next generation is legit almost here. It’s a scary thought, and it’s even crazier to think that this year still has tons of games to look forward to right before the holiday season. Maybe it’s just me, but the tension is getting higher by the minute as more games are receiving delays.

I was hoping this wasn’t going to happen, but it did and I’m sad. I guess we knew it would happen based off of the ambiguous Spring 2020 release date. It’s delay indefinitely at the moment so is it just jumping to next gen?

We have important news regarding Cyberpunk 2077’s release date we’d like to share with you today. pic.twitter.com/aWdtR0grYV

Cyberpunk 2077 needs more time in the oven. Instead of the initial April release date, we’re looking at a September launch window. Maybe they’re working on that supposed multiplayer aspect?

This one isn’t as massive (that’s what she said) as it’s only getting pushed back a month and 3 days.

Like I said it’s making me wonder about the state of next generation and performance of these titles. I know they’ll perform well, but it could be a situation where a lot of people just assume these games will carry over to next gen so they won’t buy them, and then the games don’t perform well. I know that’s not likely the case, but it’s a valid point.

Much has been said about Sony skipping E3 like that E3 is lame and stuff of that nature. Supposedly Sony is set to hold their own conference in February called the PlayStation Meeting (how original) revealing the PS5 with a shit ton of games.

Two separate sources have joined forces to make this thing seem credible. The first source actually came out on 4chan last year and said Sony was set to announce the PS5 on February 12, 2020. The second source states the list of games that the PS fans will possibly be looking at. I took a picture of the list some guy compiled on Twitter.

I mean this list is absurd. The only one I honestly believe is MLB The Show 21 and that’s because those games come out every year. You’re telling me Sony is bringing back PlayStation All-Stars after it was one and done or that Guerrilla Games is working on Killzone after the huge success that was Horizon Zero Dawn, although there have been sightings of Guerrilla Games hiring for multiplayer project.

Also another to thing to look at is Sony is stingy with their reveals. They legit have only shown the logo of the PS5, and the console is supposed to come out in the holiday season. Granted there’s plenty of time, but no way they’re dropping any of these bombs. The only one I kind of believe is The Order 1886 sequel. A NeoGAF poster by the name of “Black Osiris” has claimed he’s seen the trailer for it and that “It is the best looking anything that I have ever seen and the character models lighting and physics are on another level.” Someone made a good point that Osiris’ description made it sound like a new Resistance could be in the works, which I would much rather take. 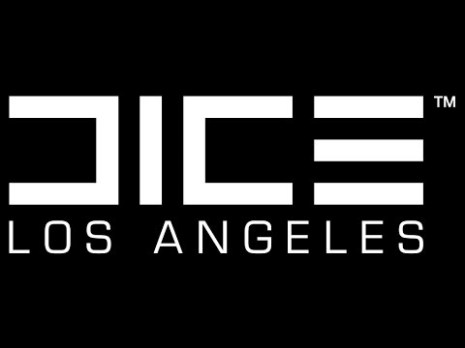 This news came out at the beginning of the January and received some noticeable traction. Now just a heads up, even though it says Dice, the LA studio hasn’t made any games. They’ve been rebranded multiple times since EA acquired them, with the last title they’ve worked on was the modern version of Medal of Honor when they were known as Danger Close Games.

So why is this so important you may be asking. Well Vince Zampella is that dude. He used to work on Call of Duty with Infinity Ward, ultimately creating one of the franchises greatest titles (not my opinion) Call of Duty: Modern Warfare 2. After his legal battle with Activision, Zampella and bunch of others created Respawn Entertainment which has brought us the likes of the Titanfall series, Apex Legends, and Star Wars Jedi: Fallen Order. See where I’m going with this?

We don’t know what exactly will come from this studio with Zampella as the helm, but maybe we could see a return to the modern Medal of Honor or a modern Battlefield game. With Vince at the helm, things seem to be looking up for Dice LA.

Listen I know this sad that I have to write about this, but regardless, this is a big relief off of gamers shoulders.

We can pretty much all agree Bethesda has had the worst 2 year span since they released Fallout 76. Bugs, microtransactions, shitty product, etc. I can’t say the fan base was uber concerned, but I can say that they was a sense of concern with how bad Bethesda could mess up Doom Eternal with monetization practices.

Creative director Hugo Martin confirmed on Facebook that there will not be any of that B.S. or an in game store. I guess there is a Battle Pass style of progression, but it’s completely free and earn cosmetics only.

I’m sure I’ve missed tons of new gaming content, but this is the most prevalent that I’ve seen. What do you think is gonna happen this year with the PS5? Do all these delays scare you like they scare me?