Okay this trailer was actually good.

It’s been two years since Ubisoft released an entry in the Assassin’s Creed series with Odyssey taking on the ancient Greece setting. It looks like they took to following in Got War’s footsteps with the premiere of their newest game, Assassin’s Creed Valhalla.

I don’t care what you say, but that trailer was pretty good. It looks like it was heavily influenced by Hellblade: Senua’s Sacrifice which I’m happy with. I thought the main character looked like Charlie Hunnam from 2017’s King Arthur: Legend of the Sword (I’ll link a picture since the picture spam is going to get intense in a minute). If they made a movie and didn’t put Charlie as the lead, I’d riot.

Fandom put together some good information on Twitter since the trailer just showed us some good ole action. 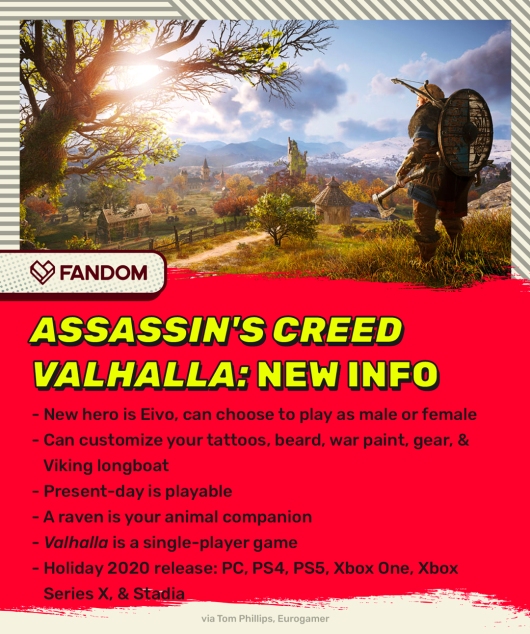 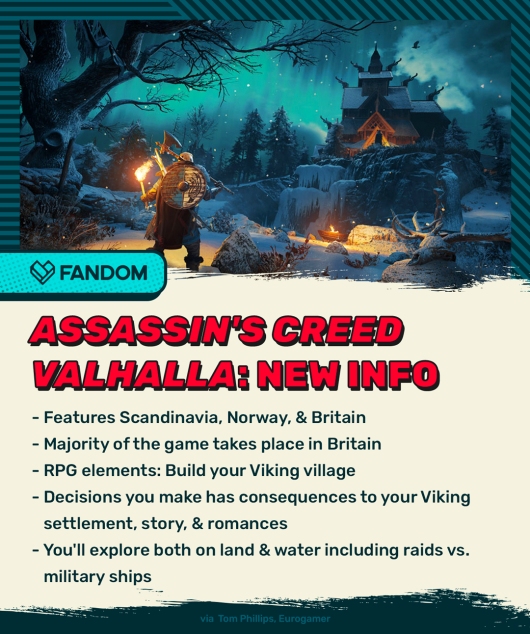 There’s a lot of good information, shout-out to Fandom for putting this together. Let’s talk about it a bit.

With the move to the more RPG style of play, a lot of fans have lost interest in the series. I think it is weird calling it Assassin’s Creed given the way the play, but I still enjoy the lore and the setup. I lost interest in Odyssey and the series in general once Desmond’s arc concluded/when it got supremely sci-fi like, but this new game may force my hand and try picking it up again. I think if this is the final RPG like game, they gotta go all in with it or have it similar to Red Dead Redemption story/gameplay wise.

Based off this information, we have some good nuggets. You’ll play as Eivo (pretty close to Ezio huh?) and be able to choose which character you play as and customize them which I think is a first for this series. Both characters are considered canon since I guess Kassandra was the canon storyline in Odyssey, not Alexios. If I can’t put a beard on a female character, I won’t play it. You’ll have a raven as a companion which I assume will work as your Eagle Vision like in the previous titles. I think the biggest takeaway from this is that Ubisoft said they had about 15 different studios working on this game, which could either be really good or really bad.

Assassin’s Creed Valhalla is set to release later this year on next generation consoles and current generation which is pretty cool. Ubisoft is slated to premiere gameplay during Microsoft’s Xbox presentation on Thursday May 7th at 11 am ET as part of the new Summer Game Fest which is this big summer long gaming digital event. I’ll cover the gameplay and have it ready for next Tuesday!